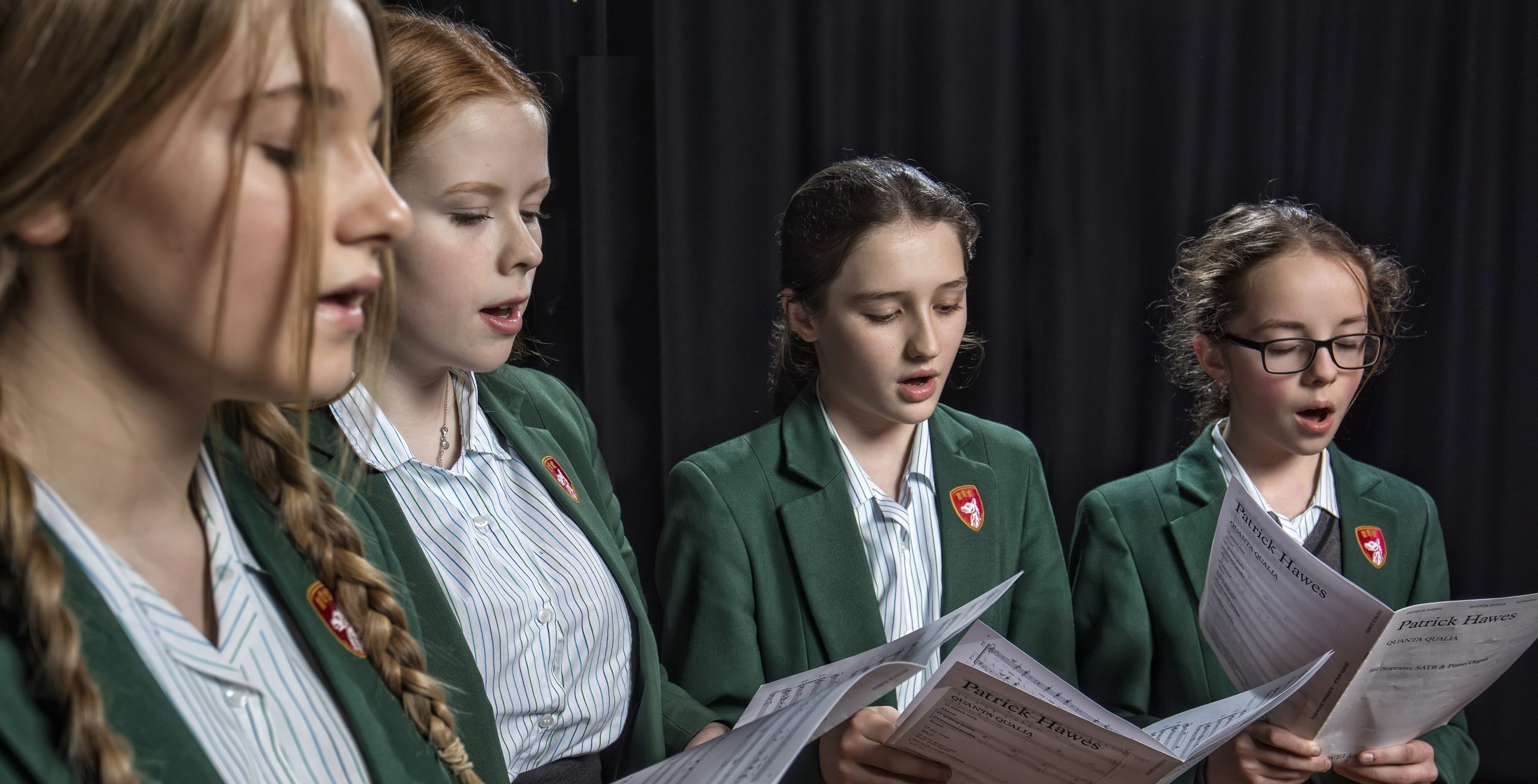 Inspiring the next generation of musicians

As a department we aim to:

Sibelius 7 is used by all pupils in class music lessons in association with the theory and composing work outlined below:

Year 7 In year 7, pupils are introduced to the basic building blocks of music. These are then put into practice through composing and performing work which is related to descriptive elements. The pupils will also listen to a wide range of music identifying features and analysing the stylistic elements.

In year 8, the fundamentals of music from Year 7 are now further explored through the study of Chromaticism, Scales and Intervals. The same practical approach from year 7 is taken, with pupils learning mainly through putting into practice what they have learnt through performing and composing work. Year 9 The pupils select music as an option subject in year 9 and will start working on iMacs, learning composition and audio editing techniques on Logic Pro. They will learn how to compose using a film scene as a stimulus and how to include sound effects in their work. Composition work, using the fundamental elements of music will be done individually and in groups with the opportunity to perform their compositions. Related listening is carried out to give examples of these elements.

GCSE There are three main parts to this course – Composing, Performing and Listening. Two compositions are produced with the candidates giving close attention to Rhythm & Metre, Harmony & Tonality, Texture & Melody, Timbre & Dynamics, Structure & Form. Solo and Ensemble work is performed and the Listening Test exam tests candidates on their ability to recognise the elements used in the music extracts played. All candidates are encouraged to be ambitious in their work and aim for the highest possible standards.

We have a thriving extra curricular program with several internal and external performances per year. We also visit several live performances and concerts each year, not only for music but the arts in general too.

We have several ensembles available for pupils to join. The Chapel Choir has a membership of about 60 singers, some of whom are current and ex Cathedral Choristers. The choir rehearses twice a week and gives at least four performances per term. These performances include two services a year in Chester Cathedral for the whole school and an evensong in St Paul’s Cathedral London once a year at Easter. Each summer the choir has a tour either abroad or to an English Cathedral. These tours have included Italy, Belgium, King’s College Cambridge and Westminster Abbey.

Specifically for year 7 pupils we run young voices. This group rehearses once a week and, as well as the main purpose being a training choir for the Chapel Choir, performs at many school events and concerts throughout the year. It is mainly directed by the singing teacher Mr Hartwell-Jones.

Concert Band – The band rehearses once a week and performs at events in and out of school several times a year. Any pupil from about grade 3 standard is invited to join. The band is directed by the brass teacher Mr Bowen-Lewis.

Saighton Syncopators – This is a small dance band which meets weekly and is in demand to play at various social functions.

Peripatetic Music Lessons – Pupils are able to have extra music lessons in almost any instrument requested, click here for details.

Musical Production – A Musical production is put on every two years in the Theatre in late November. Most recently we have staged Guys and Dolls and Oklahoma.

The music department has two large teaching rooms both of which are also used for choir, band and other ensemble rehearsals. Housed in one room are 18 computers all with Sibelius 7 software for composing purposes and at each of the 18 stations there is a keyboard. In the other room there are 12 imacs for use with GCSE and A level work equipped with Sibelius and Logic Pro. These all have a midi input device attached too. Four small rooms are available for instrumental and singing tuition all with a piano. The school has a number of instruments including 2 grand pianos and a variety of percussion instruments for both orchestral and classroom use. There is a library of over 1200 titles of music for the choirs and band.