Grade I Listed Saighton Grange was originally the principal country house of the Abbots of Chester and before the Conquest the manor of Saighton was held by the secular canons of St Werburgh, Chester. In 1092 Hugh Lupus, Earl of Chester, transformed their church into the Benedictine Abbey of St Werburgh and Saighton became part of the abbey holdings.

Upon the Dissolution of the Monasteries under Henry VIII the abbey became part of Chester Cathedral and the abbey lands were divided. The manor of Saighton passed through many hands before it was purchased in the 1840s by the Grosvenor family, owners of the huge neighbouring Eaton estate.

Saighton Grange was completely rebuilt by the 2nd Marques of Westminster; the medieval gatehouse was left untouched and became the porch to an entirely Victorian house, the west wing was begun in 1861, the service wing in 1867 and the east wing in 1876.

A century later, in 1974, a group of friends and parents met to consider forming a co-educational independent day college for ages 11 to 18. The aim was to offer a grammar school curriculum, and bring out the best in each child according to individual potential. There was no one offering this in the Chester area at that time and it soon became clear that this group would be at the forefront of parentally formed schools in the United Kingdom.

After many meetings with retired school inspectors, heads of local schools, and officials, the company ‘Deeside House Educational Trust Ltd’ was formed in 1976 which then registered as a charity and acquired the lease for Saighton Grange being signed in September 1977. Abbey Gate College opened its doors to the first group of pupils on 8th September 1977. 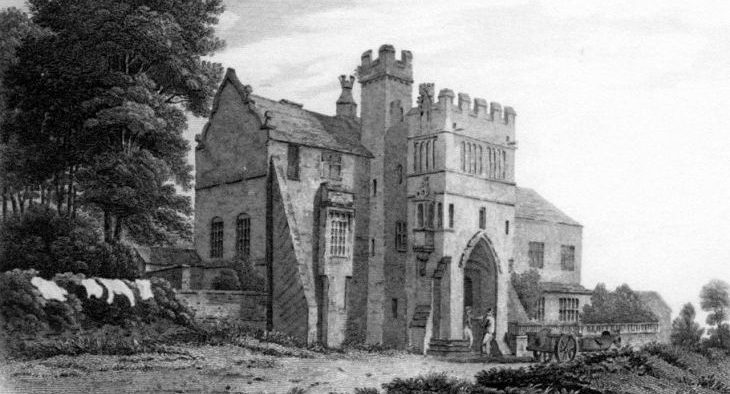