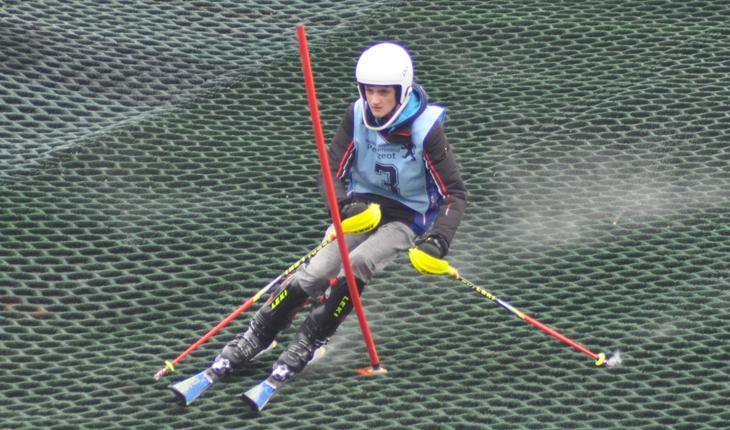 In March, pupils took part in the North-West Ski Federation’s Championships, many racing for the first time.

There were 140 entries in total, 91 completed the slalom race and only 23 teams finished the race.

The College entered five teams, two of which competed in the Junior School category. Oliver Giavedoni, Emma Nevett and Arabella Gaskell, Year 6 and Max Castle, Year 5 just missed out on a medal as they came 4th and the younger team of Joseph Benson, Naomi Reid and Milo Castle, Year 3 and Holly Gartside, Year 2 came 6th.

Best individual performances in the Junior category were from Phoebe Gartside, Year 6 who skied with the Senior Girls’ team but just missed out on a trophy as she was 4th fastest Junior Girl with a time of 19.65 seconds. Emma Nevett was 13th which is a great result for a first race. Our fastest Junior Boy was Max Castle 18th, also in his first race, followed by Oliver Giavedoni, 22nd. Holly Gartside won a trophy as 3rd fastest Infant Girl.

The Boys A team of Matthew Morris, Year 10, Matthew Broderick-Jones and Sam Banks, Year 9 and Daniel Broderick-Jones, Year 8 were 2nd fastest Boys’ team and finished in 12th place. Dylan Wilson, Haydn James and Jake Wall, Year 7 and Robert Harries, Year 9 made up the Boys B team. They were 2nd fastest Key Stage 3 Boys’ team and 19th in the final result. This was a creditable performance as three of them were racing for the first time.

Top Abbey Gate College results were posted by Keira Meadows with a time of 16.21 seconds, followed by Matthew Morris at 17.65 seconds and Matthew Broderick-Jones with 18.83 seconds.

In the afternoon all 140 skiers were divided up into teams of 4 according to the times they posted in the morning runs. They then competed in a knock-out head to head relay race which was great fun and made for some very close racing. We were not so lucky this time as only two of our skiers were in teams that made it through the first round. Jake’s team were knocked out in the second round, but Sam’s team reached the quarter finals only to be eliminated by the team that won the event.

It was a great day’s racing and quite an experience for the ten pupils who were racing for the first time.