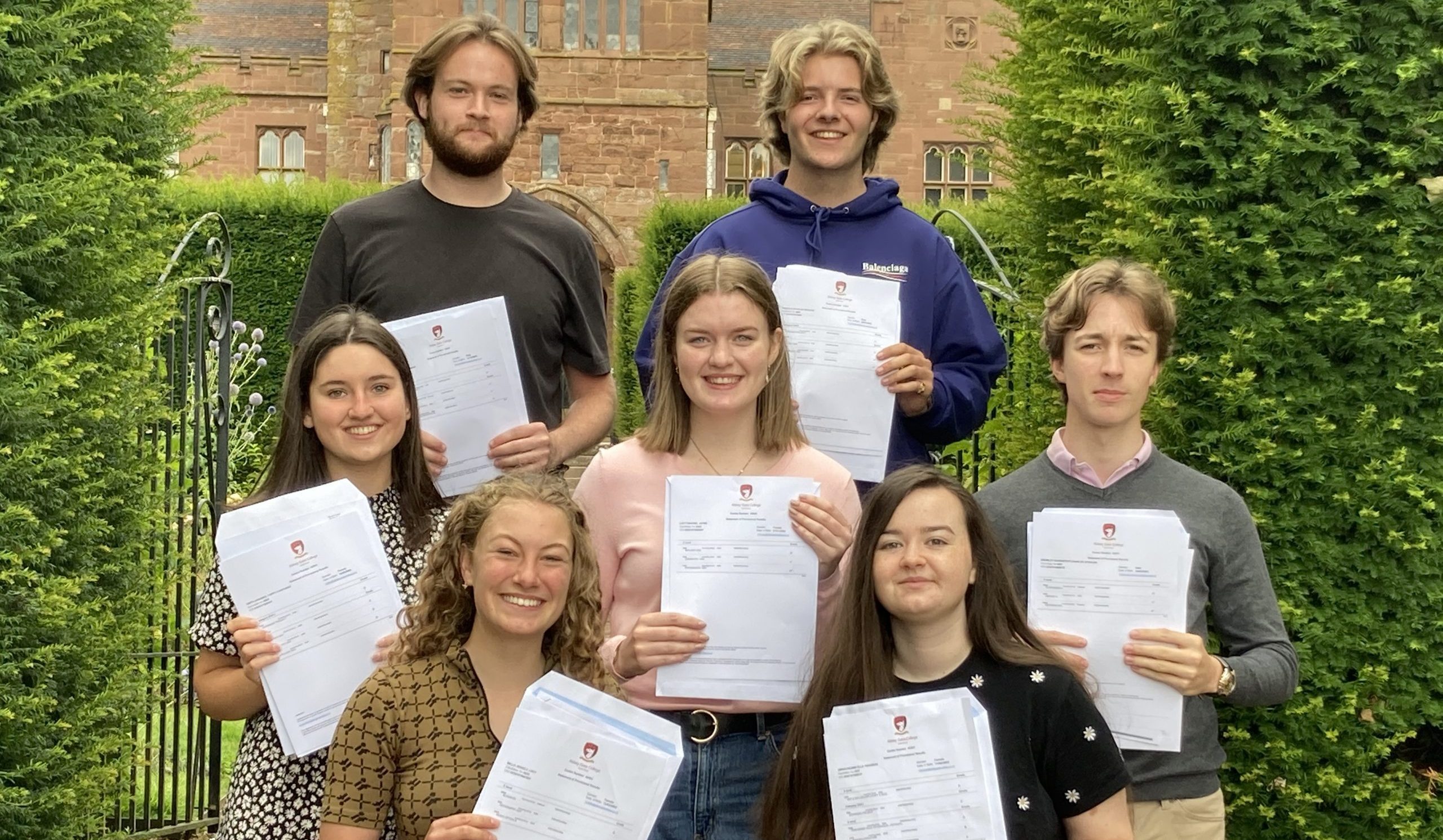 Abbey Gate College is once again celebrating outstanding A Level results after what has ultimately been the most difficult of academic years for both students and teachers alike.

The co-educational College, based in Saighton near Chester, announced a 100% pass rate with almost a quarter of all exams being awarded an A* grade and 76% obtaining a grade A* to B.

Five students achieved all A*s. Head Girl, Francesca Ward achieved A*s in Drama, English Literature and Spanish and is going to read English and Spanish at Bristol University. Head Boy, Charlie Cheadle, is off to Exeter University to read Law having achieved A*s in Biology, Geography and History. Charles Bromley-Davenport gained A*s in Economics, History, and Mathematics and is taking a Gap Year and then applying to study Economics next year. Edward Jordan is going to Birmingham University having gained A*s in German, Mathematics and Politics to study Computer Science with a year in industry. Freya Schoeppner is going to study Art and Design at Leeds School of Art, having gained her A*s in Art, Drama and Geography.

Amongst other highest achievers, who obtained A*s and As in at least three subjects are Henry Smith (2A*s, A) Rachel Lucy (2A*s, A), Jack Tomlins (2A*s, A) and Mark Gyorimolnar (A*, 2As).

A special mention must go to Neamh Unwin Mills who was motivated to study for 4 A levels and gained 3 A grades and a B grade – a fantastic achievement. She also decided to learn a new Language and studied for a GCSE level in Spanish – she will receive this result on Thursday.

Headmistress Tracy Pollard said: “Following a truly disruptive academic year due to the Covid pandemic and the resulting changes to the awarding of examination results, I could not be more proud of all that our students have achieved, nor of the Herculean efforts of the teaching staff who have worked tirelessly and with integrity to ensure the grades awarded are fair, deserved and meaningful. The resilience shown by both students and teaching staff has been exemplary and a true testament of their determination and ability to adapt. They should be extremely proud of themselves.”

“The College prides itself on enabling students to achieve their best academic results, alongside developing the self-confidence and personality to become active and well-respected members of their communities and to make a difference in whatever way they can.”

“This is my last few weeks as Head at Abbey Gate College, and I wish each and every one of these wonderful young men and women huge amounts of luck and happiness for whatever path they choose to take in the future.”