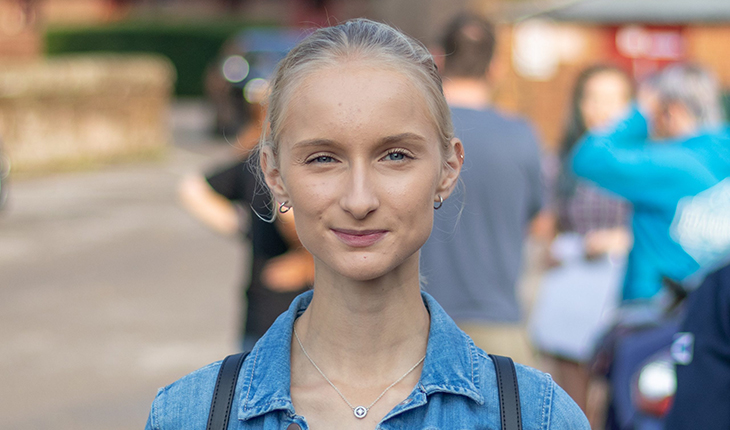 Abbey Gate College is celebrating another year of outstanding A Level results despite speculation in the media relating to the uncertainty of how A Level grades will be awarded.

The co-educational College, based in Saighton near Chester, announced a 100% pass rate with almost a third of all exams being awarded either an A or A* grade and 89% obtaining a grade A* to C.

Head Girl Ella Dayton excelled in her chosen subjects, achieving A*s in English Literature, History and Government and Politics. She plans to go on to read English at Birmingham University.

Among the highest achievers who obtained A*s and As in at least three subjects are Elizabeth Jacobson, Francesca Conyers, Alexandra Haslam, Edward Hughes and Sam Mason. The College is exceptionally proud of all its students who have persevered and held their heads high during an extremely challenging and unpredictable time.

Elizabeth is going on to study International History and Politics at Leeds University, where Edward also plans to read International Business and Marketing. Sam has been accepted to the University of Exeter to study Computer Science with Industrial Placement, Alexandra will study Psychology at Lancaster University and Francesca has been accepted to the Royal Northern College of Music to study a Bachelor of Music in Popular Music.

The College is pleased that following the publication of the results the students are able to study their preferred course at the university of their choice.

Recognising that some students may opt for a different route such as apprenticeships, employment or, given the current situation are taking time to consider their next steps, the College supports whatever path its students choose to take.

Headmistress Tracy Pollard said: “To say I am delighted that so many of our students have succeeded in their A Levels this year would be an understatement. Since the first quarter of 2020, it has been difficult to predict what today would look like and our students have risen to the challenge and not let the circumstances stand in their way of achieving what they have worked hard for.

“They’ve not only achieved in the way of results but also as individuals; they’ve demonstrated resilience, determination and the ability to adapt, and for this they should be extremely proud of themselves.

“The College prides itself on enabling students to achieve their best academic results, alongside developing the self-confidence and personality to become active and well-respected members of their communities and to make a difference in whatever way they can.

“I wish each and every one of them all the luck and happiness for whatever path they chose to take in the future.”