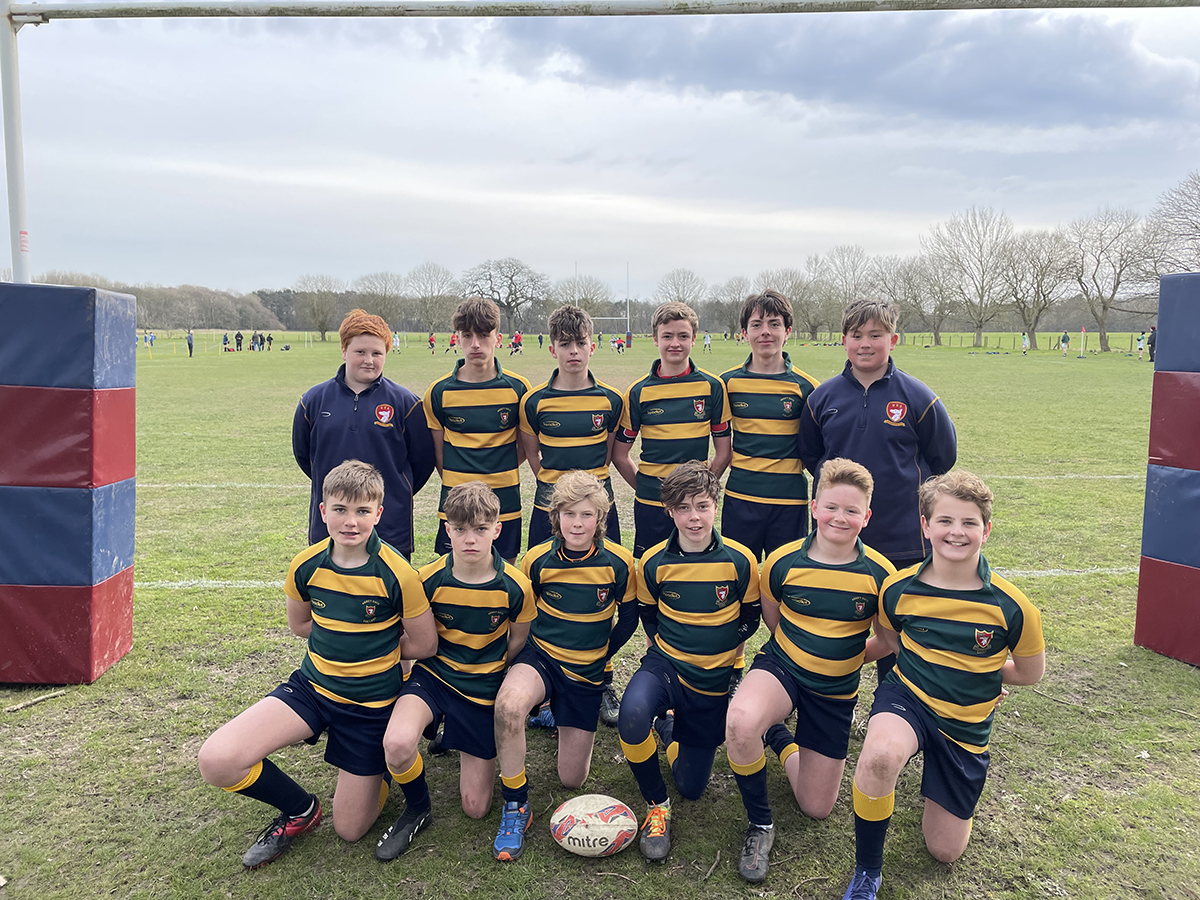 The College’s Under 14 Rugby Squad made a lengthy journey to the Scarisbrick Hall Invitational Rugby Sevens tournament where they rubbed shoulders with 7 other schools from the North West, all of whom have a strong Rugby playing tradition.

In a strong group with The Grange, Rossall, Scarisbrick Hall and Birkenhead the boys managed a win, two draws and a loss.  This was enough to them through to the knockout stages of the Plate competition where they were narrowly beaten by St Edwards of Liverpool in the semi-final.

The boys played some fantastic rugby throughout the day and caught the eye of the tournament organiser who remarked that the Abbey Gate boys had, “ruffled a few feathers” which is high praise indeed, given the company they were in.

Well done to all the players!