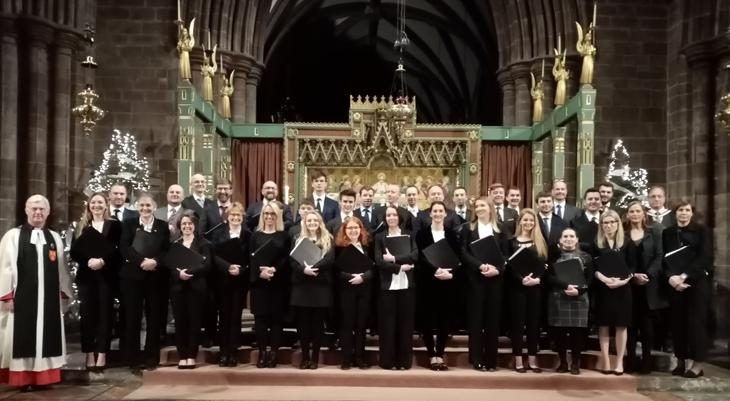 On Saturday 4 January, Abbey Gate College Alumni Choir had the privilege of singing Evensong at Chester Cathedral. It was only the second performance the newly formed choir has given, which includes ex-pupils from London and Northern Ireland.

The music performed included pieces which the choir sang during their time at school. The Introit was John Rutter’s Carol ‘Cradle Song’, the Canticles were to Dyson in D and the anthem was ‘In Dulci Jubilo’ by Robert Pearsall.

Before the service Sam Tomlins, Year 9 played a chorale prelude on the organ and the final organ voluntary, ‘Prelude in D’ by Franz Schmidt, was played by Henry Smith, Year 12.

The choir was directed by Stewart Smith and the organ accompanist was Head of Music at Abbey Gate College, James Andrews.