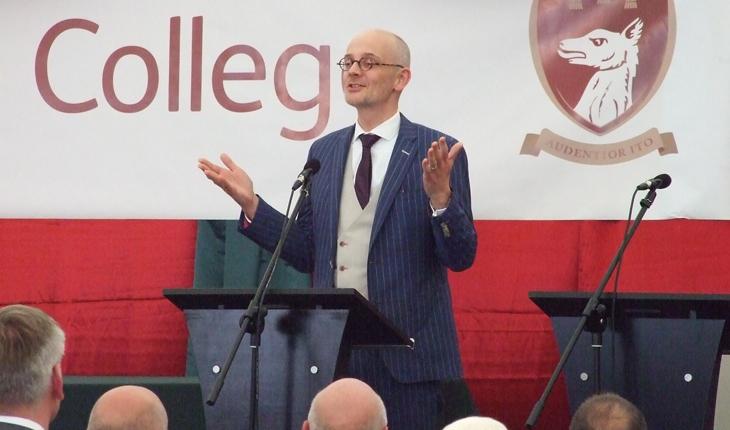 The guest speaker was alumnus and former Head Boy, John Ward. After qualifying as a solicitor, John worked in the European Commission and then joined the Government Legal Service, becoming Legal Counsel in Number 10 Downing Street. He gave an inspiring speech to pupils about the importance of trust, learning to trust in themselves and the future.

A musical interlude was provided by the Chapel Choir who sang ‘Lord There are Times’ by Geoffrey Nobes.

Congratulations to our prize winners and good luck to all Abbey Gate College leavers. ‘Audentior Ito’.