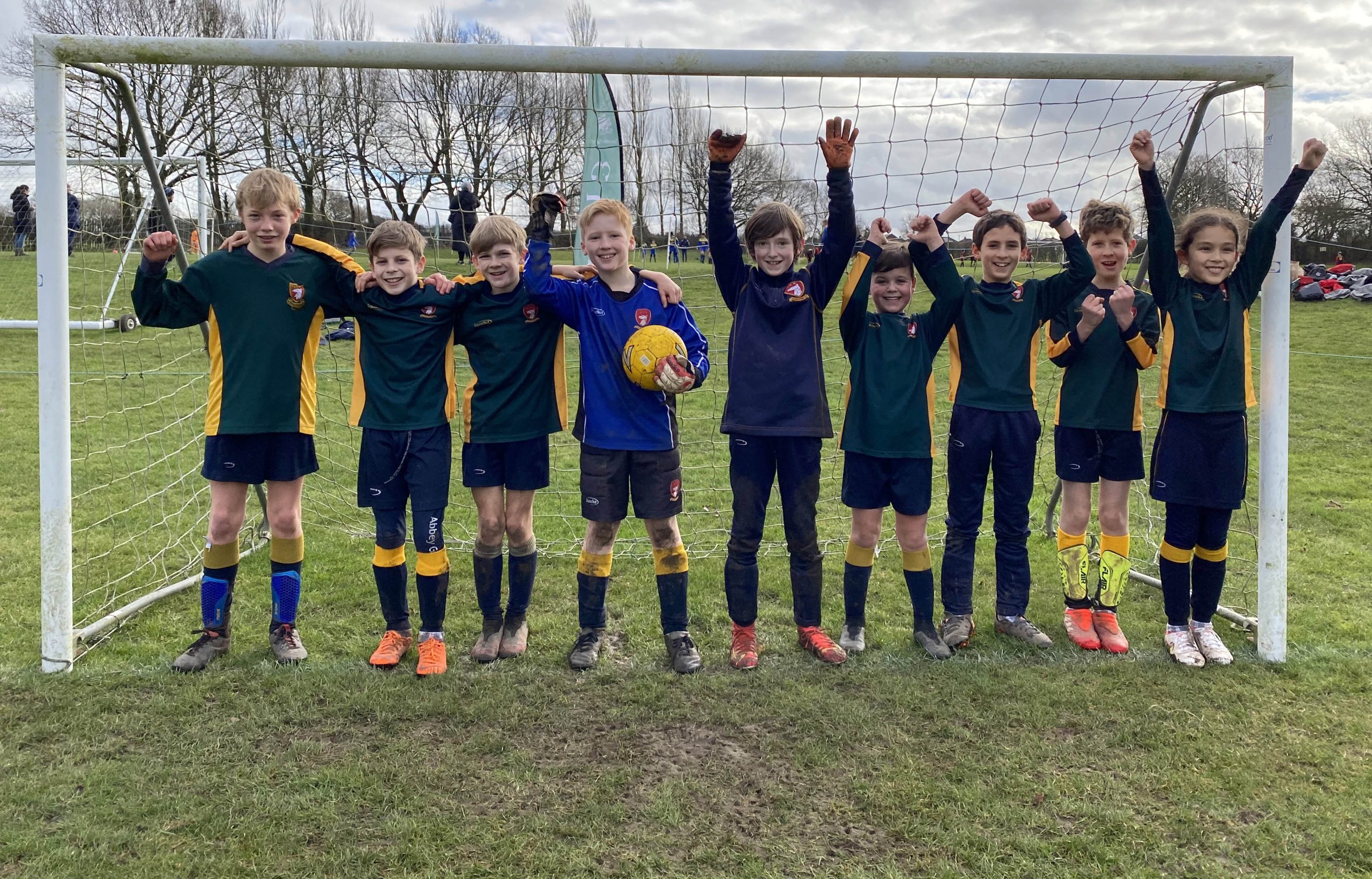 College U11 Players in the AJIS Football Plate Finals Published on 10th February 2022
On Wednesday 9th of February, our Under 11 Football Team set off to play in the AJIS Football Plate Finals.
After a worryingly drizzly and cold start, the weather actually brightened up (a rare phenomenon!) the nearer we got to Manchester and Cheadle Hulme School.
Here, the U11 football team were playing in the AJIS Football Plate Finals against two other teams in the group stages: St Mary’s and Kirkham Grammar.
Unfortunately, due to a technical glitch, we actually arrived a little late which meant the team needed to boot up and play immediately, without any warm up or even a touch of the ball!
To be fair, they began really well, some only playing in their positions for the first time in a ‘proper’ game. Each game lasted 12 minutes and we managed to keep focus for 10 minutes before a fortunate ricochet in the box led to St Mary’s opening the scoring, and that is how it remained until full time.
Our next game immediately followed – no time to catch our breath or collect our thoughts. The team grew in confidence and settled in to this game quickly, which was evident in their play, especially up front, where chances were edging closer and closer to their target.
The next game was the 3rd place play-off against Cheadle Hulme. This was our best game so far with two very evenly matched teams, but we just had the attacking edge. So many near-misses, but credit for getting in to great attacking positions! Alas, the game finished just as the last had, another 0-0.
Our day at the tournament was over – on another day we could have scored a hat full!
St Bede’s did offer us one final friendly game, a game that we totally dominated and would surely have won if it had not been for the heroics of their ‘keeper!
All-in-all, it was great to be back playing tournament football and, once again, our team did us proud!
Thank you to Mrs Jones and Mr Nevett for accompanying and supporting us.
Mr Butcher
Other articles
Senior School Sports Day – Rain, Gale, Hail and Shine! Published on 30th June 2022 Read more
Sibling Success at Swim Wales Development Gala Published on 27th June 2022 Read more
Senior School Pupils Enjoy Further Success at Inter County Athletics Published on 24th June 2022 Read more