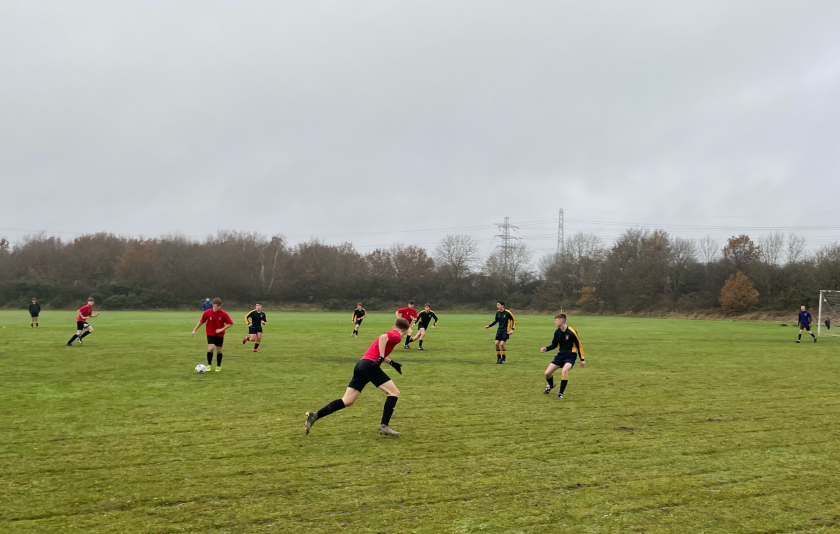 Our Year 11 squad travelled to Birmingham yesterday for the next match in the ESFA Cup contest.

The match was a traditional cup tie, all action and hard fought by the players on a slick pitch. This meant the players had to employ control and composure over the ball in difficult conditions, but the AGC squad created four good opportunities before the home team took the lead against the run of play.

Our players responded with a far post goal from Max Q to equalise. While the action intensified and tackles flew in thick and fast, Max W charged and directed the ball into an open goad, taking the well deserved lead. The home team responded quickly however, and with a sweetly taken volley to score was equalised again into half time.

In the second half, Ollie’s control threatened the attacking play every time he had the ball. Ben was on hand in support twice, stretching the lead to 4-2 in the College’s favour with only 20 minutes left to play.

The home crowd grew to over 100 pupils as the afternoon wore on, their support urging the Norton Canes team on – the game in balance.

A terrific strike put Norton Canes all but one last gasp, but tackles and great saves from Matt in the last 5 minutes of play enabled our College squad to take a fantastic victory!

The next round takes the College squad even further on their travels to Oxford to play St.Gregory the Great School in early January 2022. 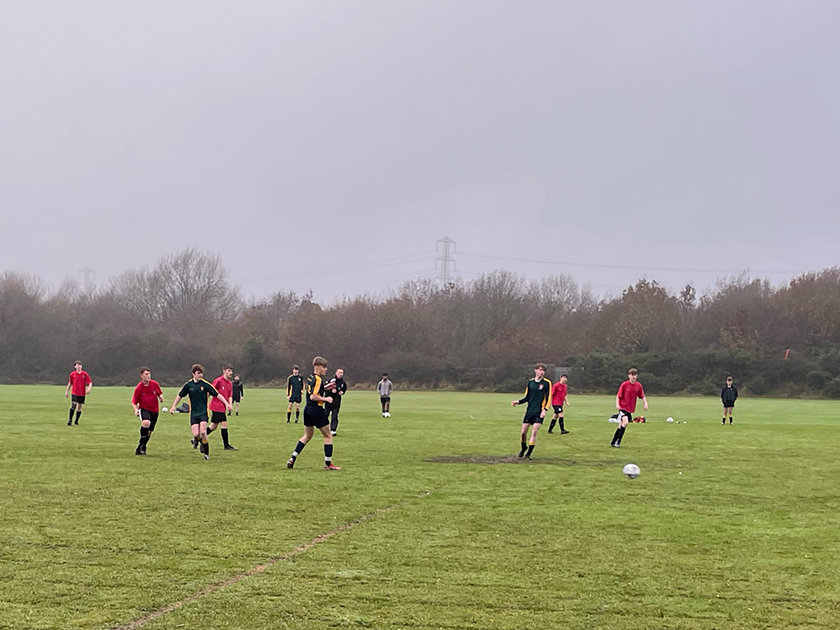