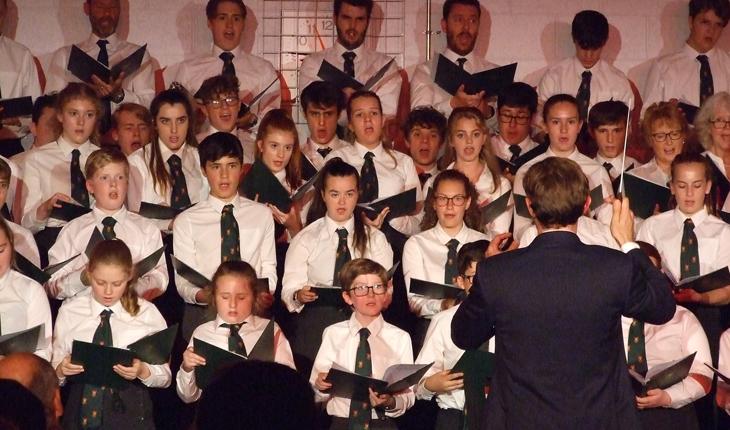 The evening showcased the excellent calibre of musical talent at Abbey Gate College across the age groups. The Chapel Choir, under the direction of James Andrews, gave a magnificent performance of, amongst other music, ‘Evening Hymn’ by Balfour Gardiner, and the Junior Choir and Just Sing gave heartfelt performances of ‘The Rhythm of Life’ and ‘Sun Arise’.

Highlights included outstanding solos from Felix Gideonse (piano), Megan Rolf (cello), Harry Tomlins (piano) and Tom Fesmer, singing ‘Stars’ from Les Miserables. Felix has been attending the Junior Royal Northern College of Music in Manchester and Tom has been awarded a scholarship at the Royal Academy of Music in London.

Music from film and tv featured throughout the evening, with the Concert Band performing ‘The Great Escape’, the String Group played the theme from ‘Game of Thrones’ and the newly formed Orchestra gave a powerful performance of ‘Star Wars – The Force Awakens’.

The finale was an amazing piano duet performed by the former Director of Music, Stewart Smith and his son, Henry.