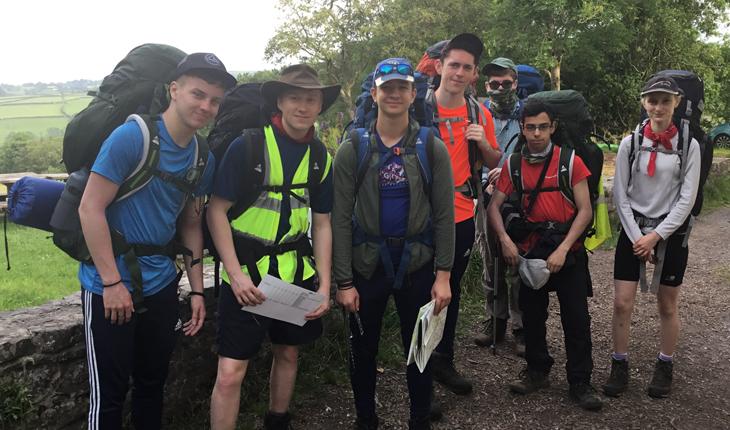 In June, a team of 7 Lower Sixth students set off on their 4-day Gold Duke of Edinburgh’s Award Assessed Expedition from YHA Llanddeusant, one of YHA’s most remote hostels, to trek 49km across the Brecon Beacons.

The route on Day One included a ridge walk in sweltering and muggy conditions, which the team braved to safely reach camp at Glyntawe to refuel and prepare for an early morning start.

The next three days involved remote and rugged terrain and saw the group hiking over the majestic peaks of the stunning National Park including Pen y Fan, the highest mountain in southern Britain. Luckily the temperature relented slightly and the team made steady progress without any errors in navigation.

The students displayed great cohesion and resilience throughout the expedition, with allocated roles in camp. The finish in the village of Pencelli near Brecon saw some very tired bodies and a few sore feet, but everyone arrived in good spirits!

Well done to all the group who en route, as part of their expedition aim, made a video of how to stay safe and follow the countryside code.