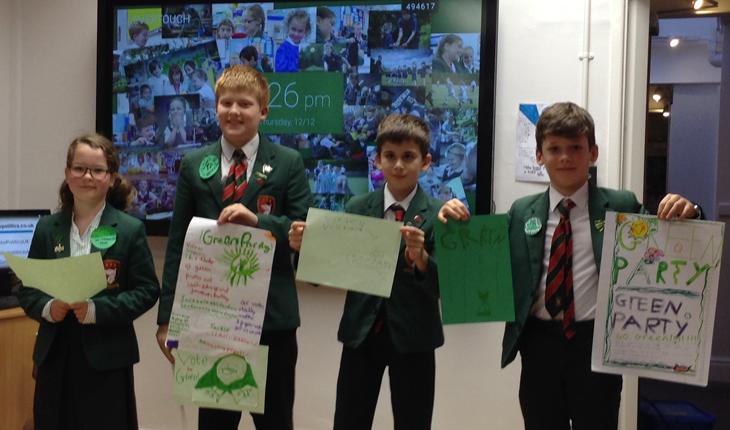 As Thursday saw people across the UK hit the polls, pupils at Abbey Gate College Infant and Junior School held their own parallel election!

Pupils learnt about what an election is, how it is structured in the UK and the role of politics in Britain. Infants discovered what the Prime Minister does, whilst Juniors delved more into what a political party is and explored topics relating to the legal voting age and what young activists do.

The whole school came together for the Aldford hustings. Year 6 children were randomly selected to represent the five political parties. They researched the manifestos of their party, designed posters and prepared election campaign speeches. Following each speech, Year 4 and 5 pupils asked questions relating to the manifestos and even the youngest children quizzed the Year 6 politicians.

Pupils then went to polling stations to cast their vote. Votes were counted and the hotly anticipated results were announced. Two parties came out on top, the Liberal Democrats and the Green Party, but by four votes the Green Party were announced as the Aldford election winners!

The winning politicians made a delightful speech and all the children representing the different parties shook hands and congratulated each other on well fought campaigns.

The results were shared with First News, the UK’s national newspaper for young people, who are compiling youth results to put the children’s voice forward to politicians following the election.