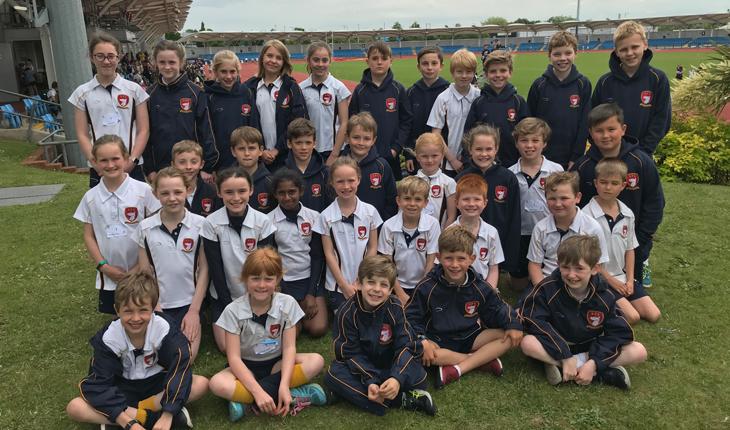 They were all brilliant on the day and we even managed to stay ahead of the weather – in Manchester!  30 schools took part in a very busy afternoon of track and field events.

Notable achievements were: Felix Hodgkinson, Year 5 who won the U11 Cricket Ball throw with a throw of 40+m.  He will represent the North as part of the National Finals at Birmingham, later this month;  Charlotte Leatherbarrow, Year 4 finished 3rd in the U10 girl’s long jump; Evelyn Baty, Year 3 finished 6th in the U9 60m; Sam Morley, Year 4 finished 6th in the U10 60m; the U9 girls and U10 boys both finished 8th in their 4x100m relays.

Well done to everyone who took part.