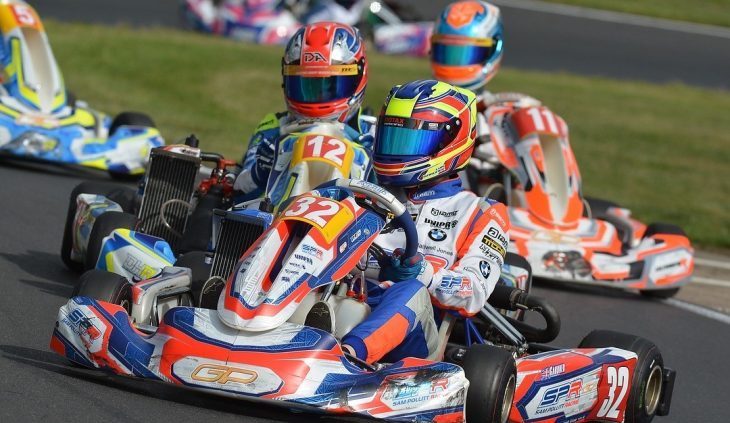 Year 11 pupil, Luis Gardner has been named the new Junior Rotax Ultimate Karting Champion at the UKC 2020 Championship. Luis started indoor karting at the age of eight at Daytona in Manchester, as a result of a day out in the summer holidays.

In his first year outdoor karting in 2015 Luis won MBKC Cadet driver of the year award and became Cheshire Vice Champion. Since then he has gone on to complete in many national competitions across the country.

Luis has been with the same team, SPR, throughout his time in karting and this year he was very pleased to be entered into the newly televised National Ultimate Karting Championship, which he is proud to be the Junior Rotax Champion of in its first year.

Von Gardner, Luis’s Mum, said: “Abbey Gate College have always been incredibly supportive and encouraging of Luis throughout the last 5 years racing which has enabled him to travel the UK competing and for that he is very grateful.”

Luis is looking forward to competing at national level again in 2021.