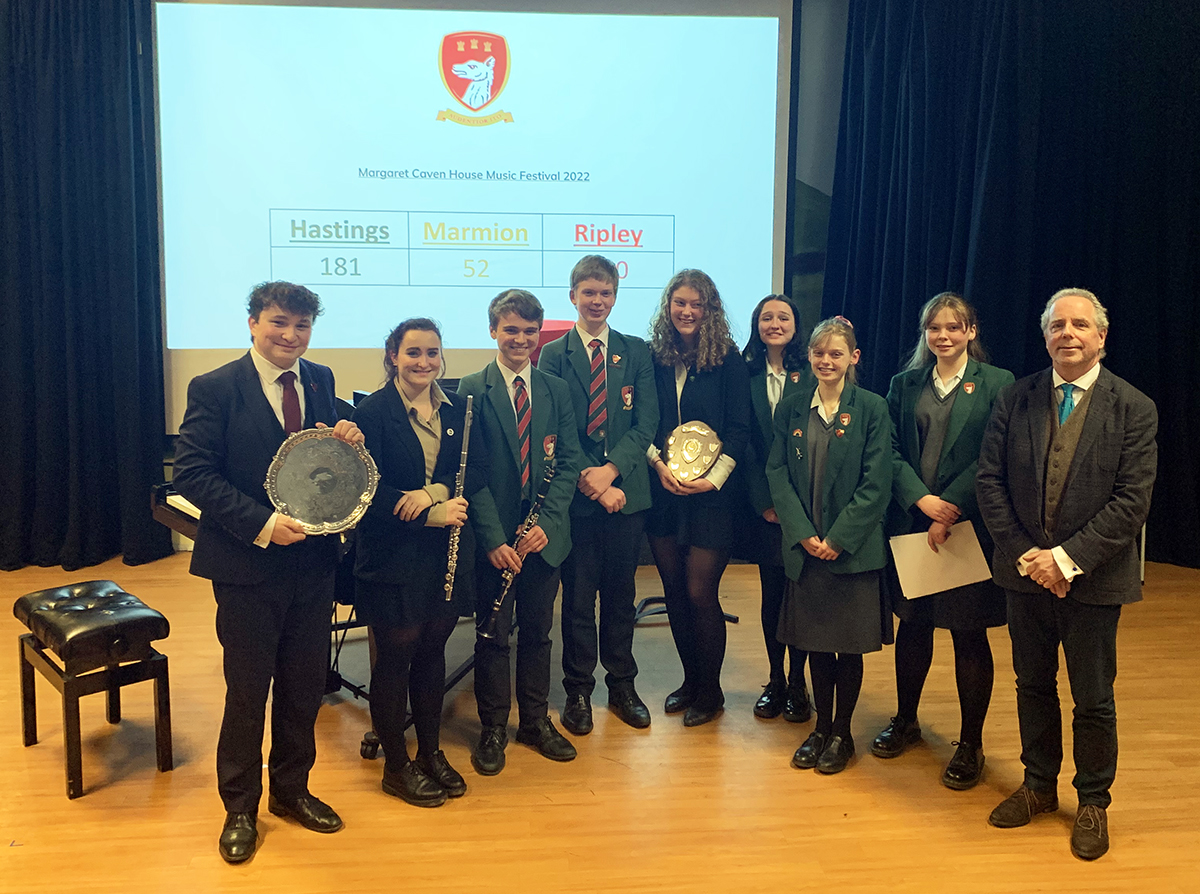 The annual Margaret Caven Music Festival returned to the Senior School in February, with over 100 performances from pupils from Year 7 to the Upper 6th.

Performances were categorised by type, such as woodwind, strings and guitar, piano, brass, vocal (also by age groups) and were independently adjudicated by Richard James (ABRSM).

Each competitor was given:

• A House point for entering

• Points towards their House’s total score.

In most classes the best competitor of the overall class went through to the Final the same evening. The marks that were awarded by the independent adjudicator dictated the number of points each house received:

All competitors who enter – 1 Point

When marking, the adjudicator took into consideration the way in which each competitor presented themselves whilst performing – for example; posture at the piano, standing smartly whilst singing, and most important of all bowing at the end!

All performers throughout the day showed integrity and courage as they performed to a packed theatre of their peers and staff, no mean feat, especially as the Year 7 and 8 pupils had not experienced the Festival before.

There was a prize awarded for the best performer in Piano, Brass, Woodwind, Singing, Percussion and Strings.

The best performance of the day, Joe Martin was awarded the Margaret Caven Music Salver, and at the close of the evening Hastings were declared the winning House. 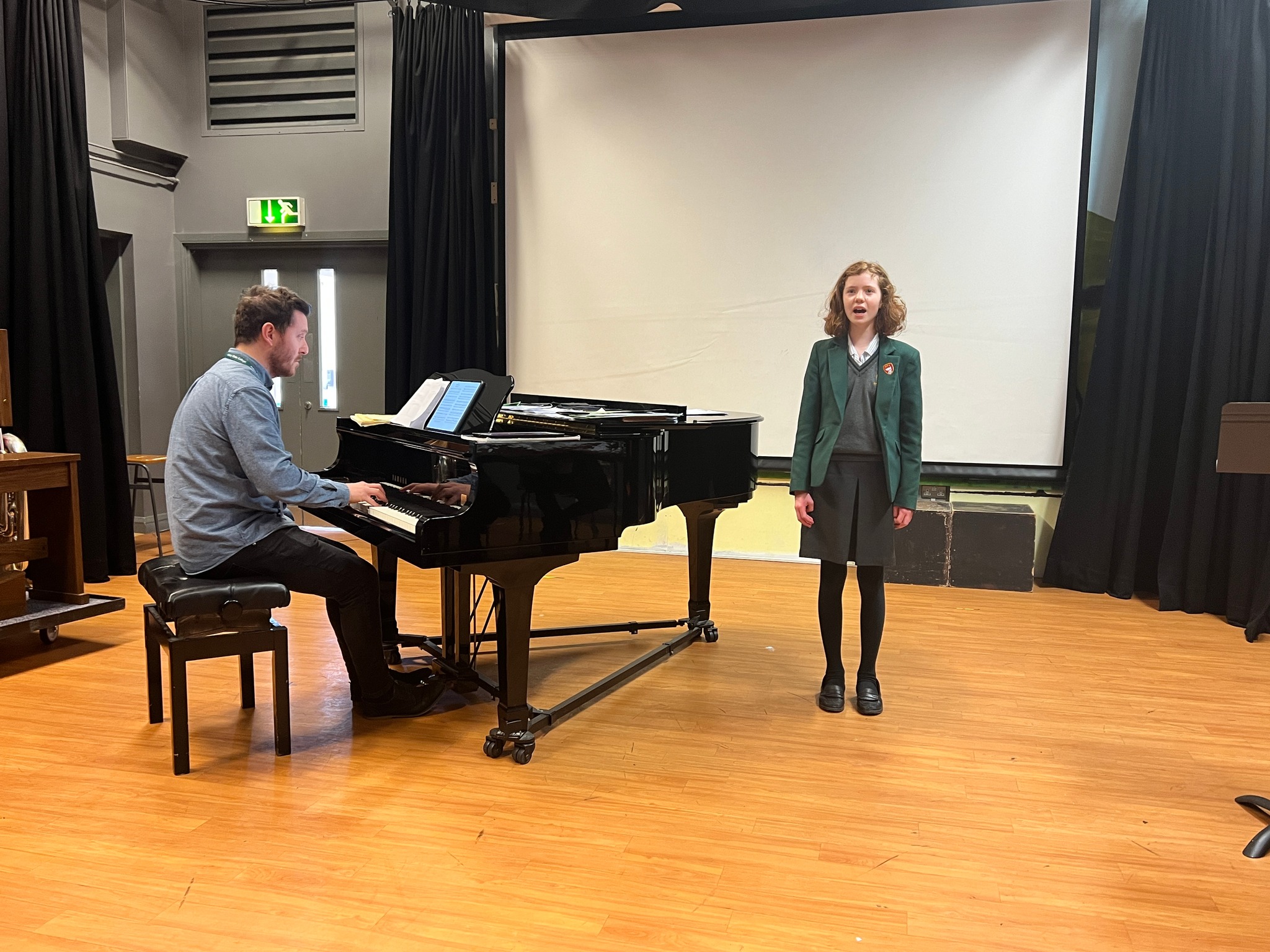 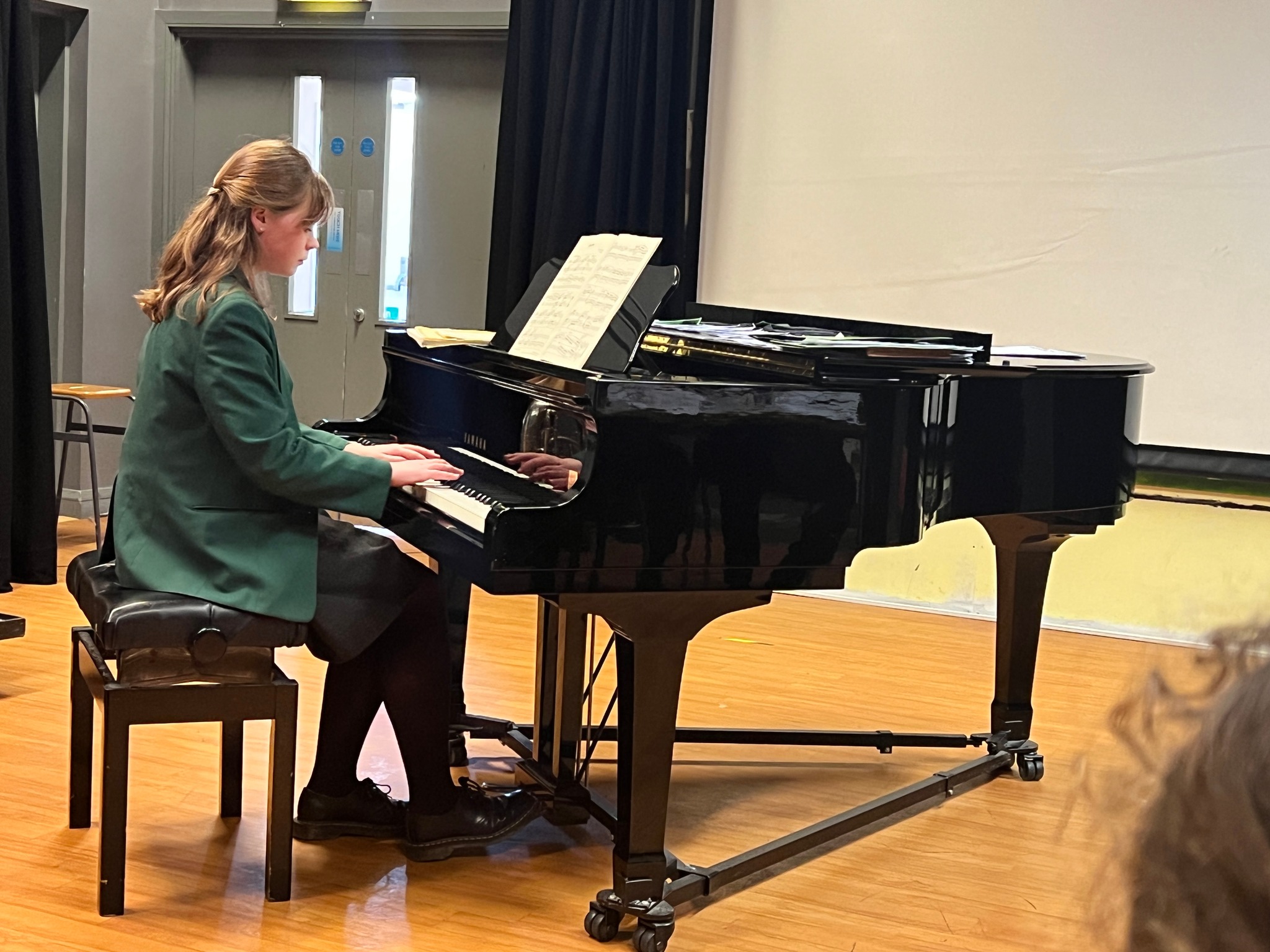 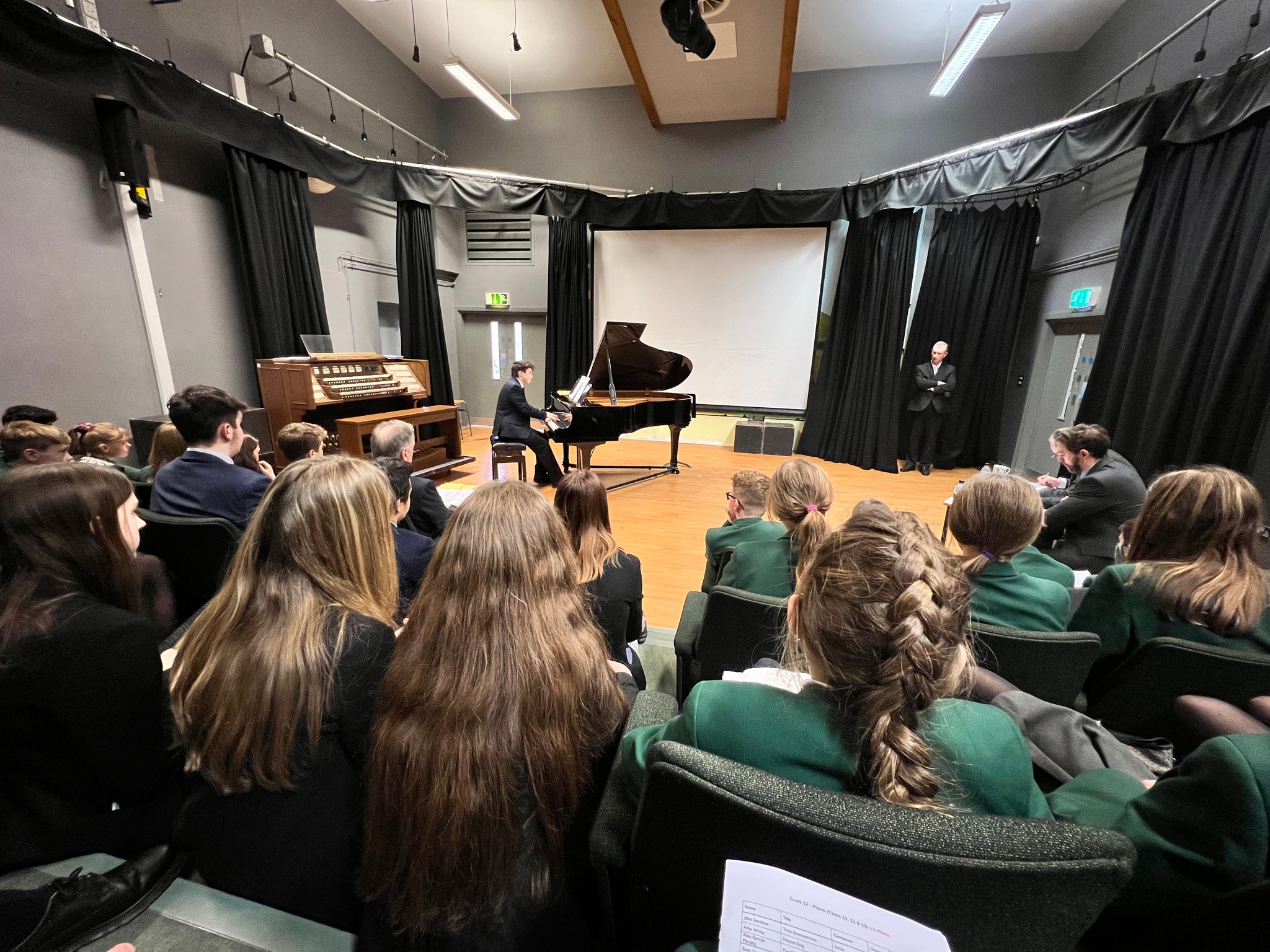 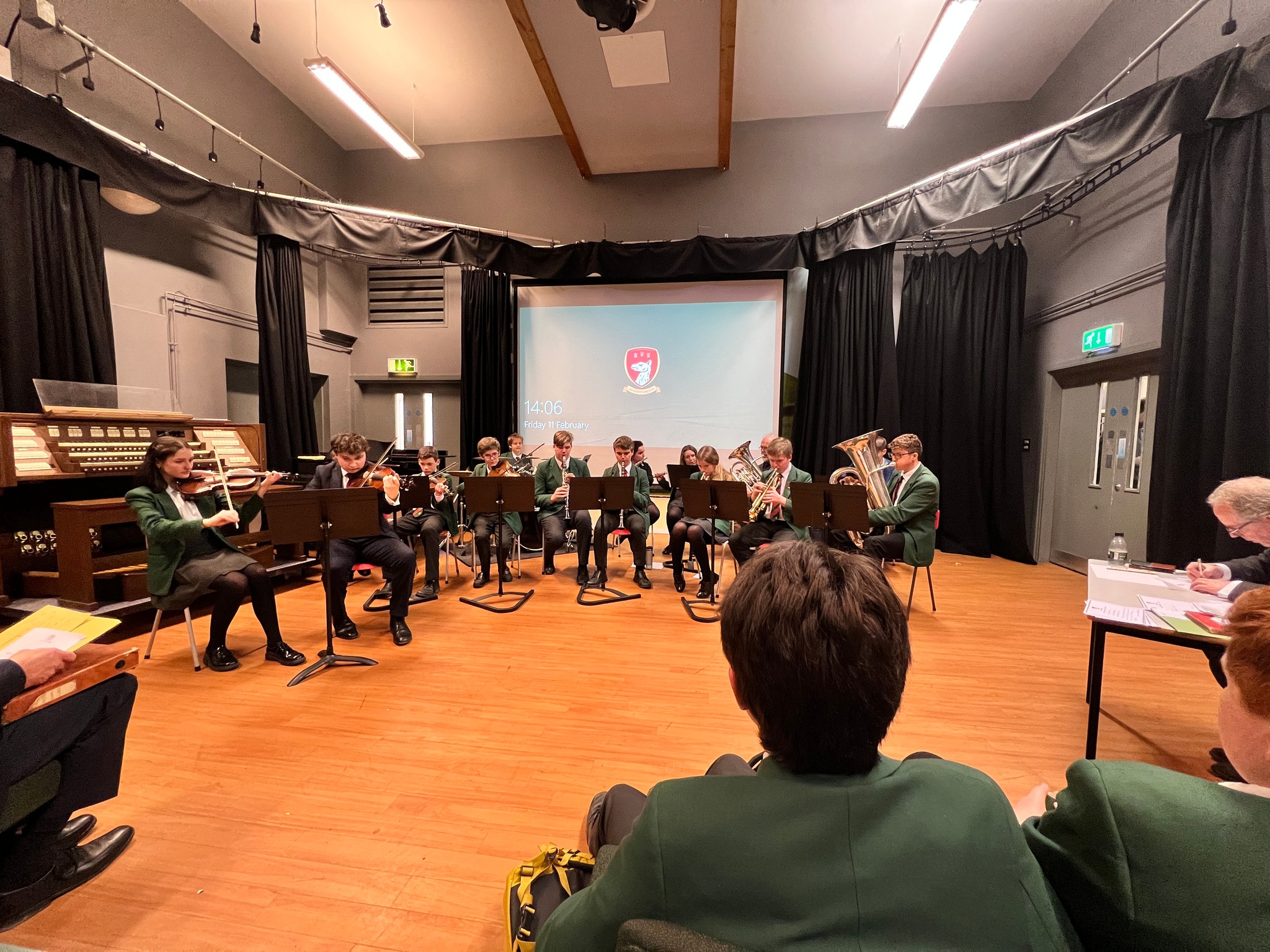 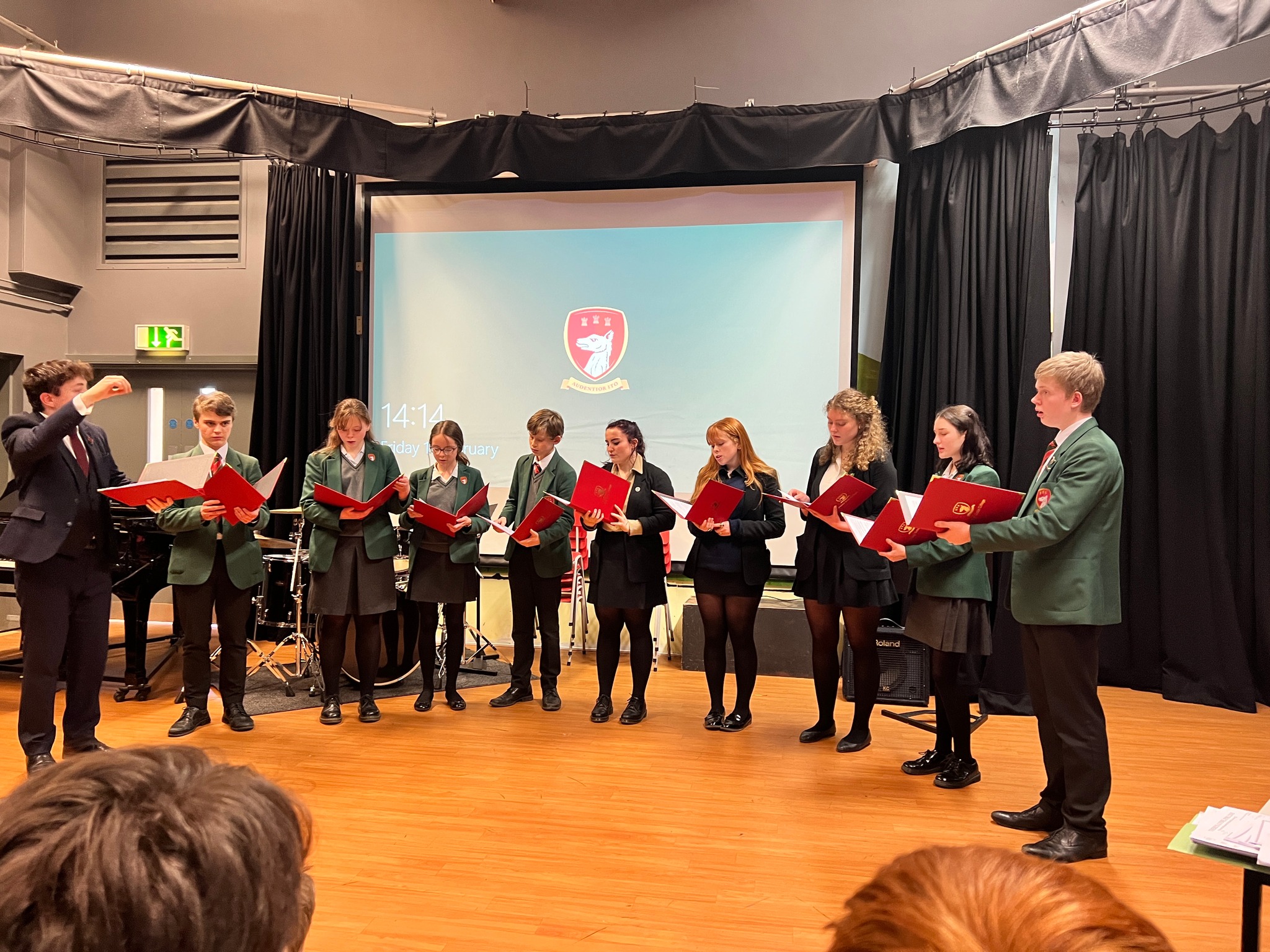 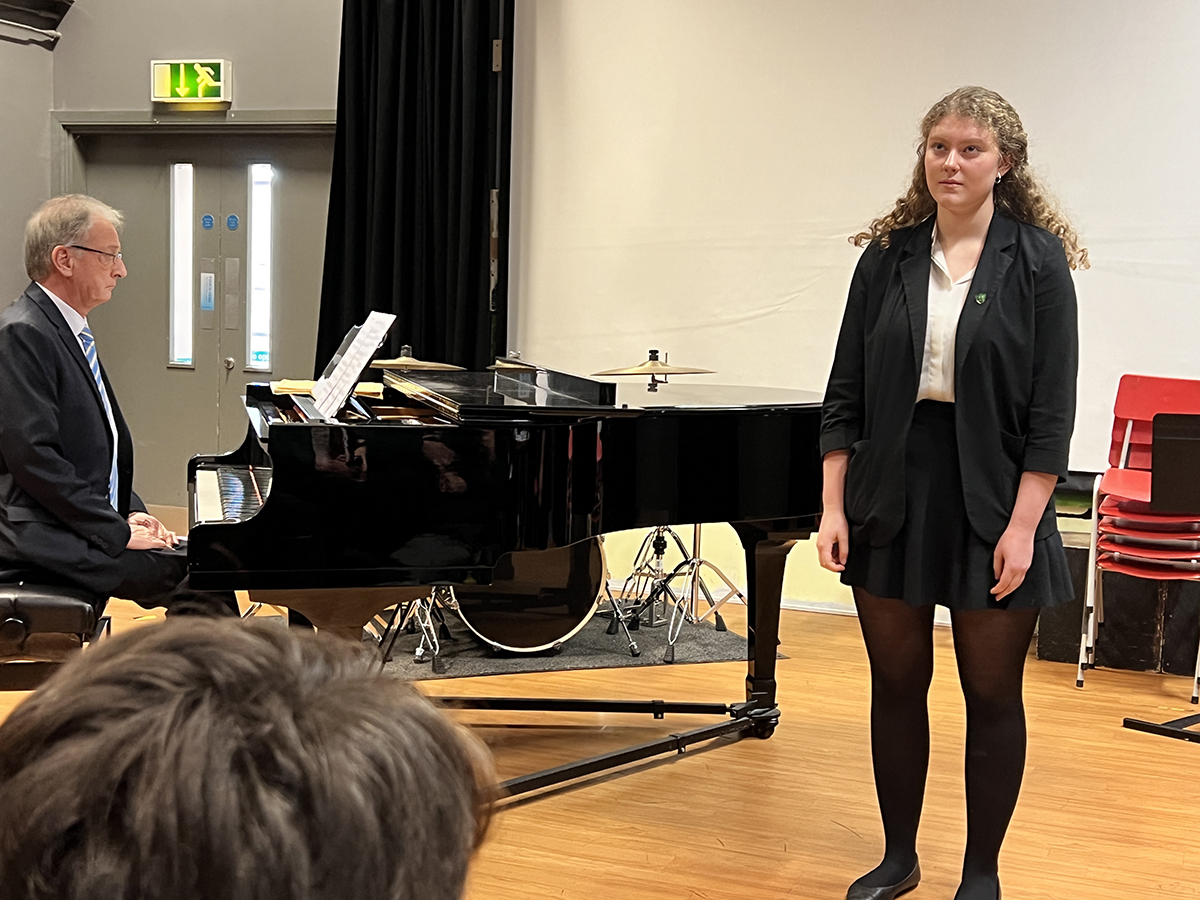 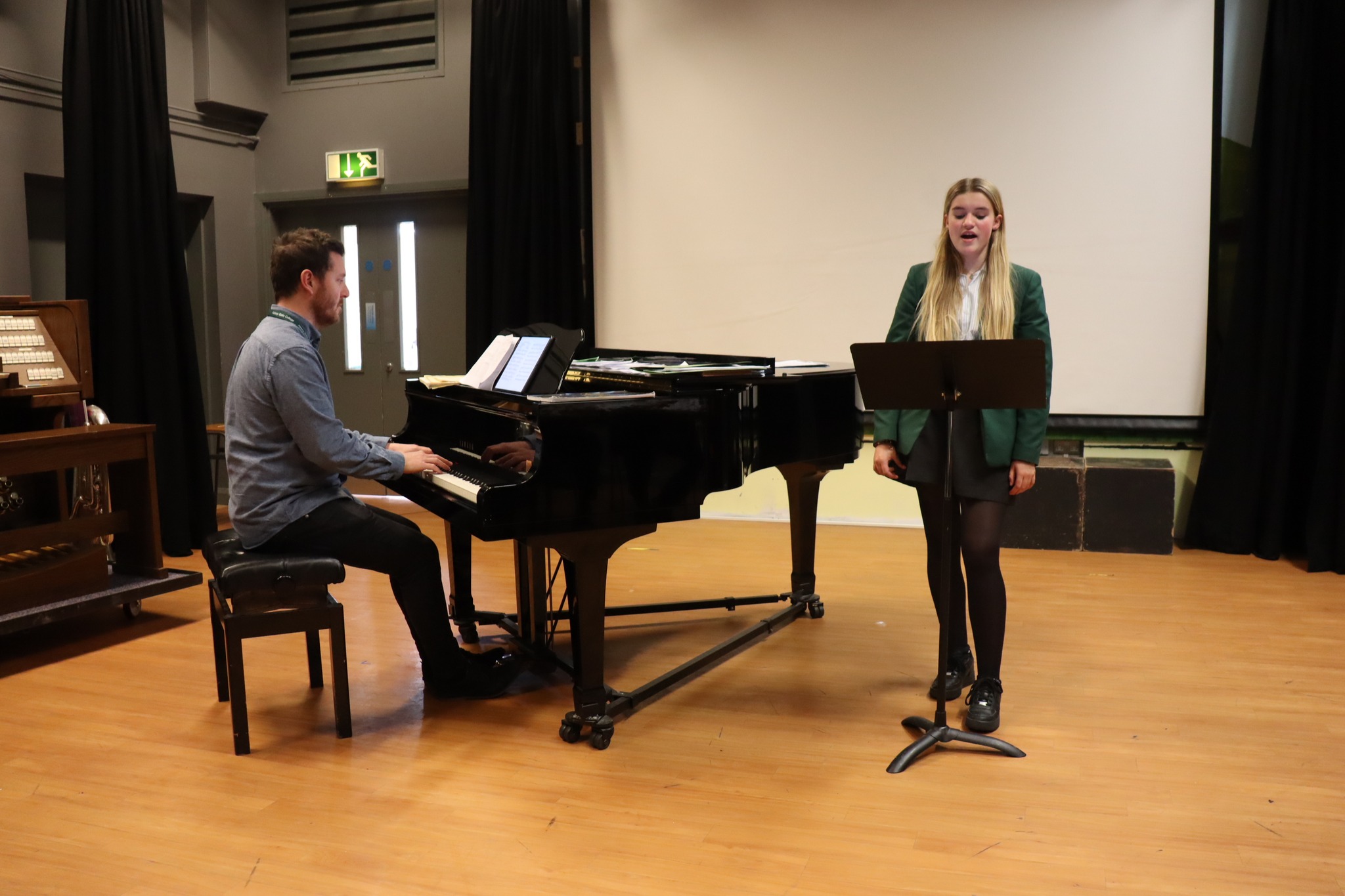 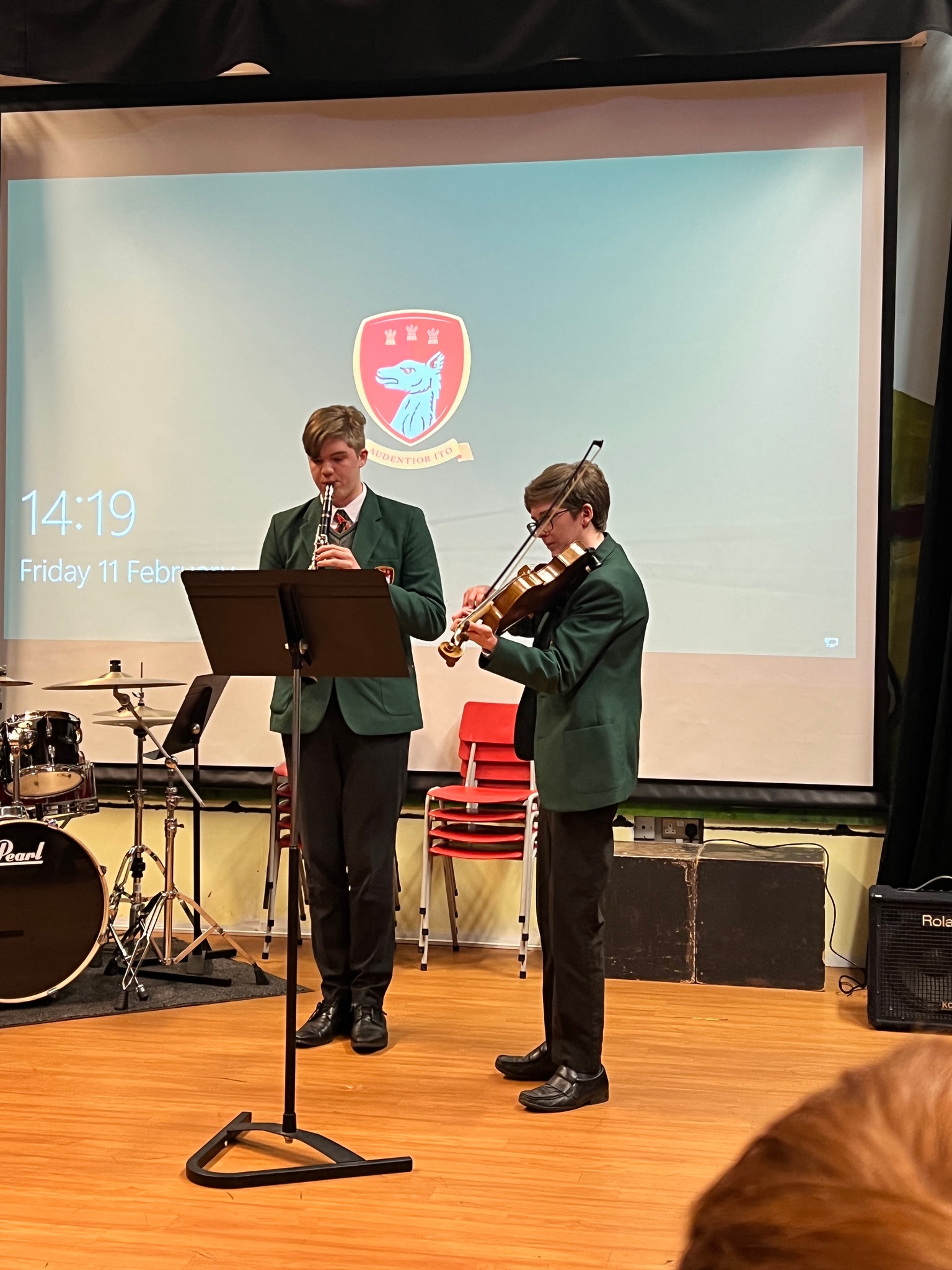 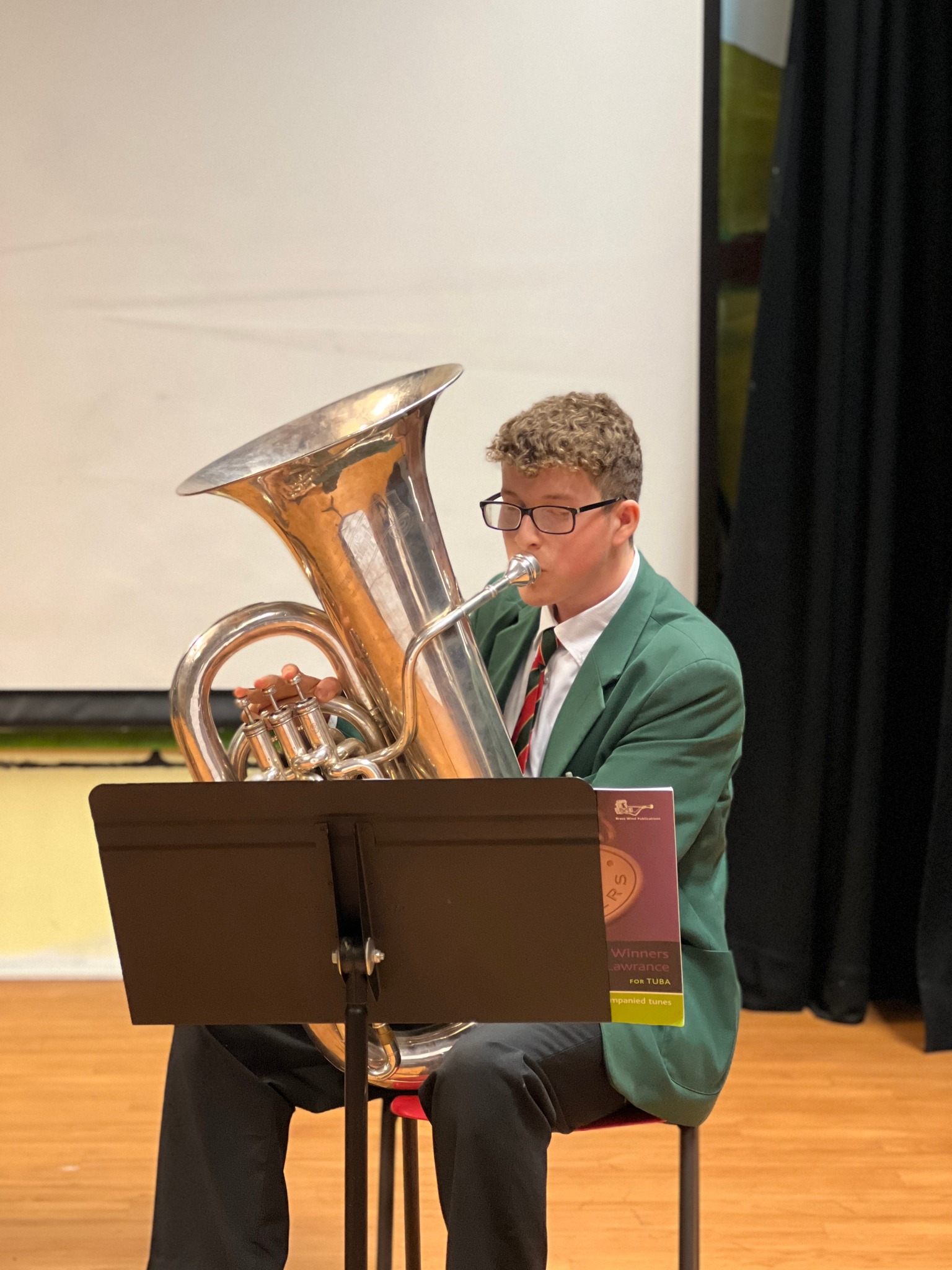 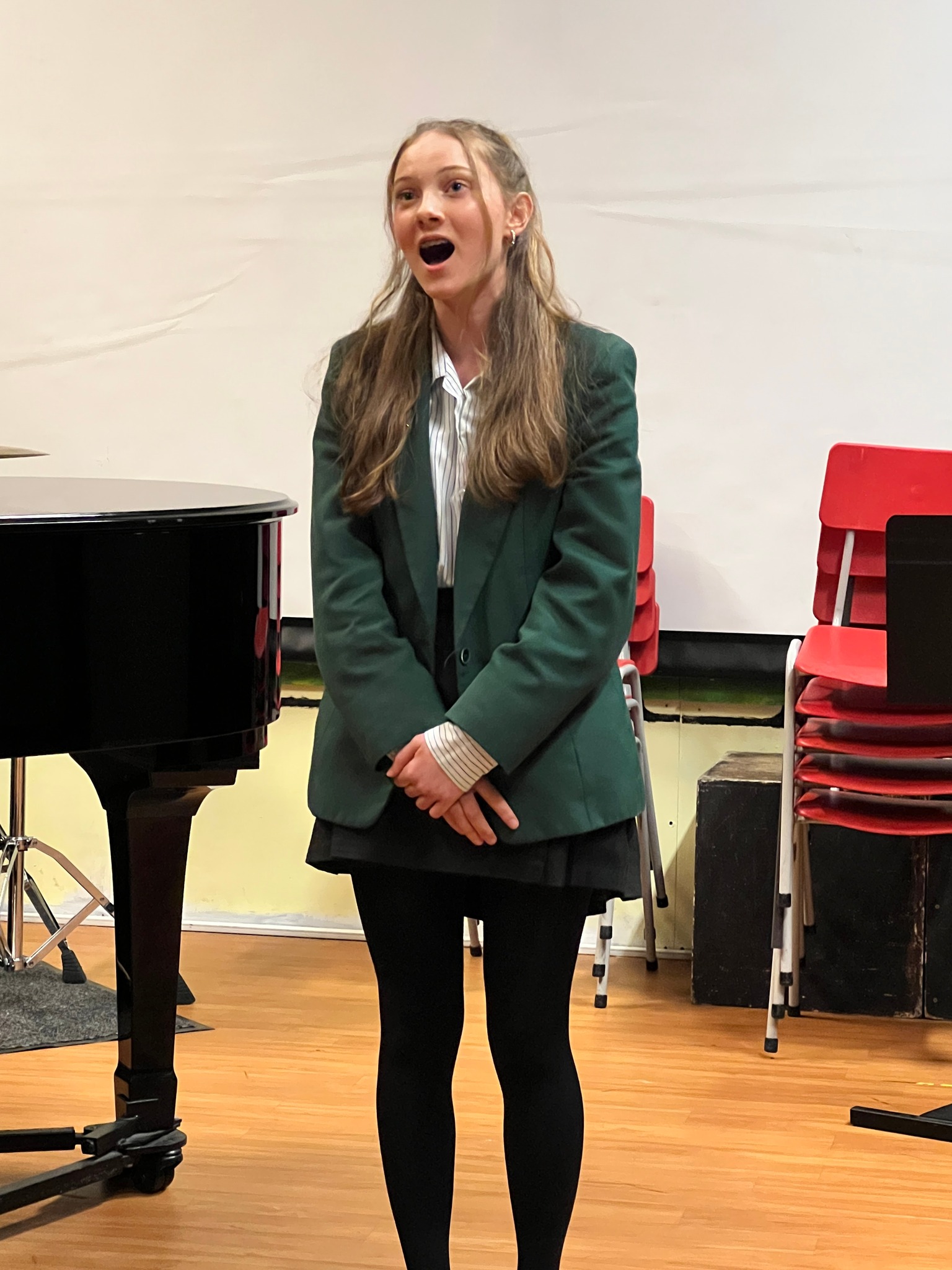 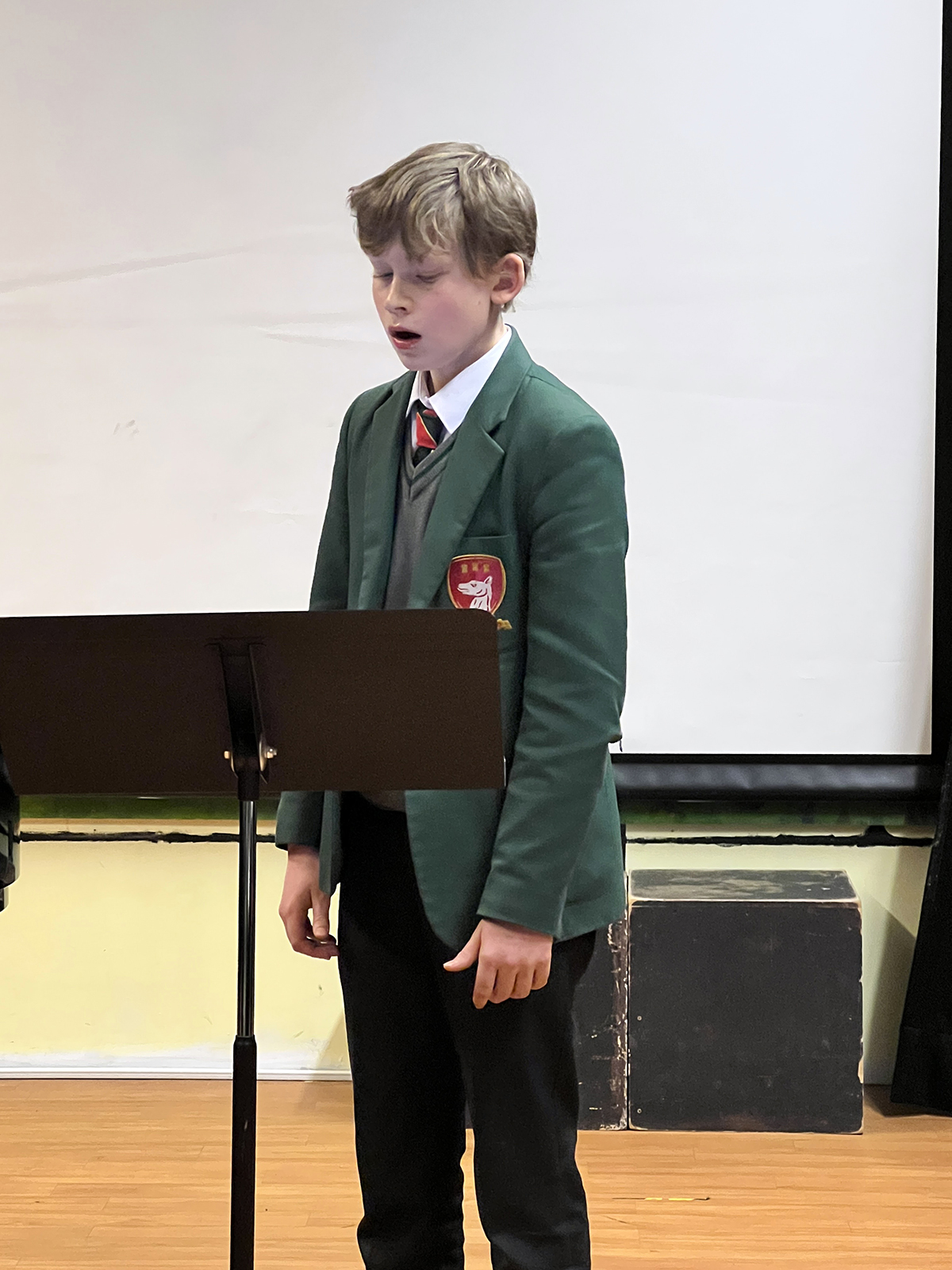