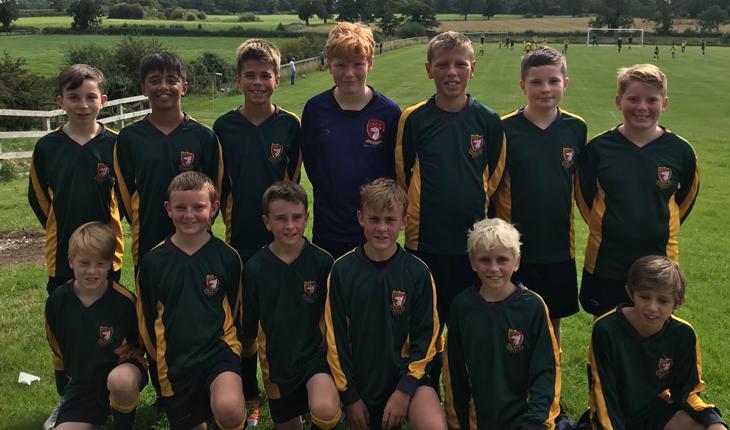 The Abbey Gate College U12 team welcomed a strong Oldham Hulme team as they looked to get their season off to a positive start.

From the whistle it became clear that both teams had come to play football, ably passing the ball and maintaining possession. With Abbey Gate just getting into their stride it was the visitors who broke the deadlock, scoring a well worked goal on the counter attack.

Abbey Gate showed great determination to get back into the game and as the passes flowed it was clear that there wouldn’t be any shortage of chances. With Xander Veal and Harry Fountain looking lively up front it wasn’t long before Xander squeezed a left foot shot passed the visiting keeper whilst Harry put the hosts ahead with a lovely first time finish after some great build up play.

Oldham then drew level as the game ebbed and flowed with both teams creating numerous chances. Eventually midfielder Ben Cutler spotted the keeper off his line and rocketed a shot in from 40 yards to take the home team into the lead.

With the game hanging in the balance, Oldham really came into their own, creating some excellent chances. Luckily for Abbey Gate, ‘keeper Henry West was in impressive form and was able to make some outstanding saves to keep the home team ahead.

Before the final whistle we were treated to a penalty, penalty appeals, superb free kicks and point blank saves a plenty but neither team could add to their tally as Abbey Gate narrowly held on to take a 3-2 win.