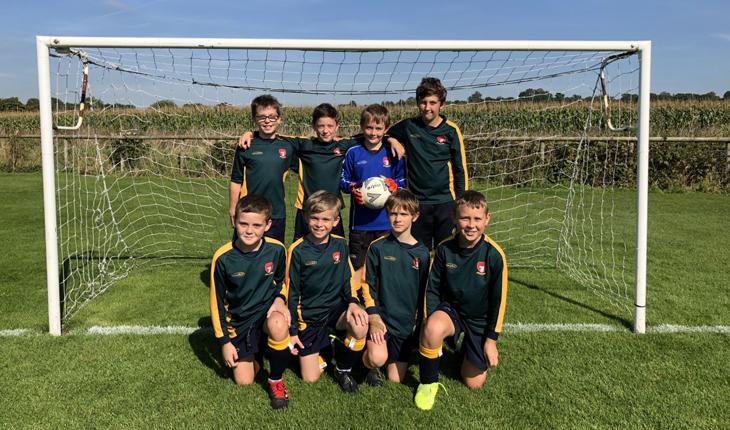 On Friday 20 September, the U11 football team played their first competitive matches together in the AJIS Cup 1st Round against the very strong opposition of King’s and Stockport Grammar School.

On this beautifully sunny day, our opening game versus Stockport Grammar began at such a pace and by half time we found ourselves 4-1 down.

After some tactical changes, our boys settled and managed to pull the score back to 4-3 before the referee blew for the end of the match.  Next came King’s who proved just too strong.

Despite the scores, the boys began to gel wonderfully and we have been put through to the next round, joining the Plate competition – a competition more suited to smaller schools.