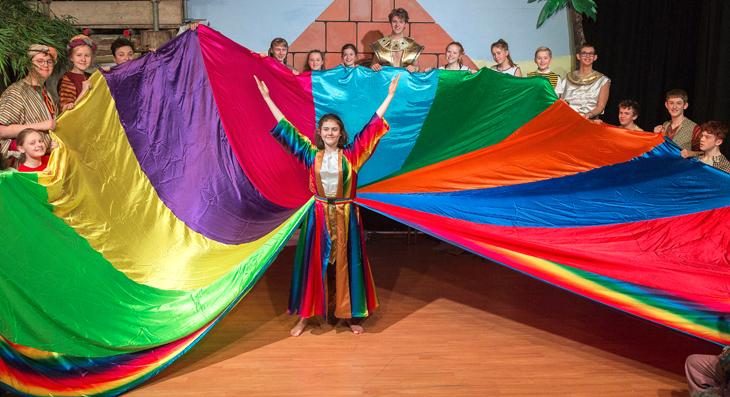 At the end of November, 30 pupils across the Senior School performed, played or undertook technical roles in an incredible production of ‘Joseph and the Amazing Technicolor Dreamcoat’.

This special production saw L6 Drama pupil, Caitlin McNamee take on the leading role of Joseph. The musical featured pupils from every year group across the College playing the brothers, Jacob’s wives and many more fun roles.

The band, led exquisitely by Head of Music, Mr Andrews was made up of both pupils and staff and was the perfect accompaniment for the feel-good musical.

Head of Drama and director, Mrs House said: “We are so proud of the cast, crew and band for this production. It’s tough performing in a musical which is 100% sung and we tackled it with the utmost professionalism. There was so much talent displayed both on and offstage, the West End is certainly beckoning for our performers!”