Home News Olivia! A Performance with a Twist 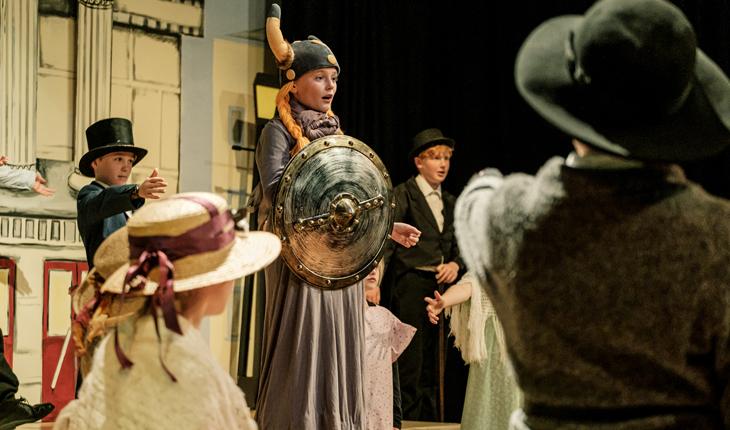 Olivia! A Performance with a Twist Published on 9th July 2019

A cast of 53 young actors from the Junior School took to the stage last week for three magnificent performances of the feel-good musical, ‘Olivia!’. A female Oliver!

The show, set in Victorian times, traces the steps of Olivia from downtrodden orphan to star of the stage. On her journey to the bright lights of London, she meets an assortment of colourful and well know characters including Eliza Doolittle, Ebenezer Scrooge, Fagin and Sherlock Holmes.

The Year 5 and 6 pupils, with Ellie Gillespie, in the starring role as Olivia performed and sang wonderfully, and the audience had to remind themselves that the enthusiastic cast were only 9 to 11 years old!

Headmistress, Mrs Pollard said: “‘Olivia!’ once again highlighted budding talents in singing and drama, as Mrs Dukes and Mrs Faithfull managed to produce yet another masterpiece. The children were professional and completely beguiling. Watching them transform in front of me was as always a very special moment.”