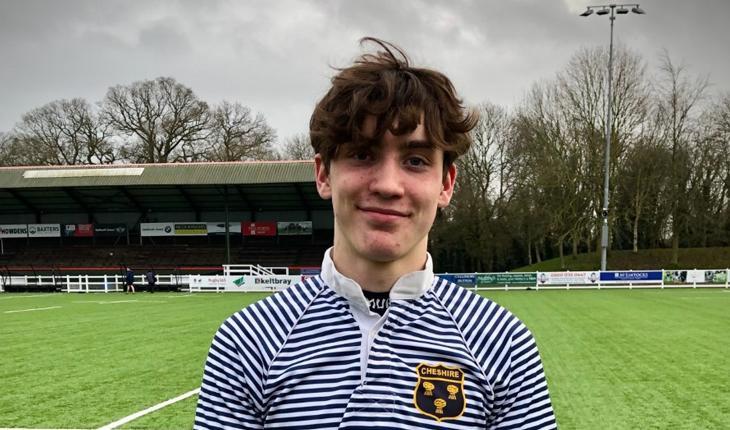 Although missing their first two matches due to a broken finger (playing for his club), he played his first match on Sunday 2 February against Lancashire.

The artificial surface at Chester Rugby Club led to fast, free flowing rugby with plenty of tries scored by both sides. Cheshire eventually coming out on top by aggregate scores to take home the Vin Hughes Memorial Trophy.

Ben had a solid game at Fly Half and was proud to represent Abbey Gate College in the Cheshire squad.

“It’s great to be able to play with players of such a high standard in your own team and against such strong opposition”, Ben said as he tied his Cheshire Rugby Tie!