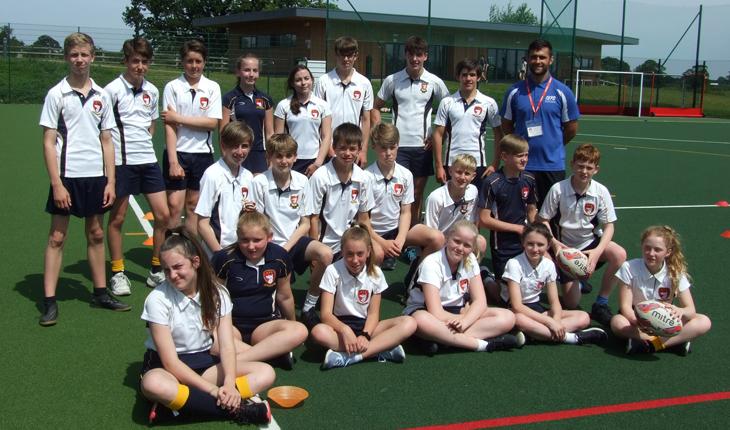 Prior to the ceremony, sports awards winners spent the afternoon with rugby player, Jorge Lewtas who started his career playing for St Helens RFC, before joining Caldy RFC who are currently in the National League 2 (North). Jorge spoke to pupils about how he managed to balance school life alongside playing both Rugby Union and Rugby League, before leading the pupils in a range of rugby drills on the All-Weather Pitch.

Awards on the evening included ‘Player of the Year’ and ‘Most Improved Player’ in Years 7 to 10 in core College sports and ‘Excellence & Progress Awards’ for pupils across all years, who have progressed in their chosen sport to a high level of competition.

Congratulations to all of the winners.