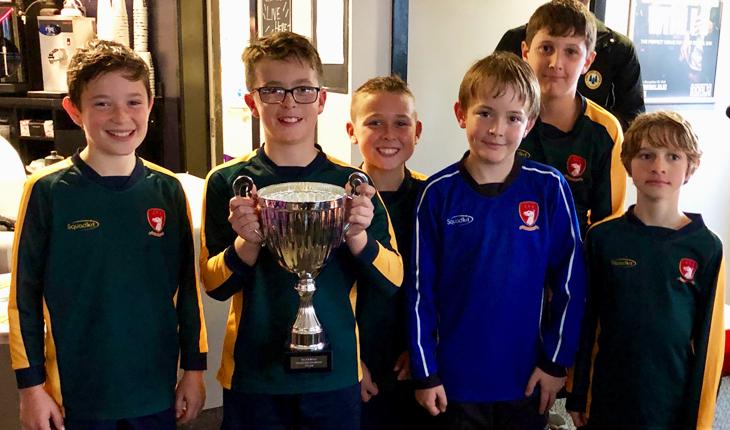 The U11 football team took part in the annual Firs 5-a-side Tournament being held at Goals, Chester.  This side had already proven their pedigree when they won the Ellesmere 6-a-side Tournament, two weeks prior.  Now they had to prove themselves versus tougher opposition against schools from Chester and the surrounding area.

As is typical at these events, the boys first needed to progress through the group stage: four matches with the top two going through.  We did this in some style, with as good an attacking display as you will see at this level, winning 6-0, 6-3, 7-2 and 7-0, each game lasting 14 minutes.  In the semi-final we were to meet our old foes, The Firs, for the third time in two weeks!  We started brightly and were ruthless in front of goal, taking a strong early lead.  In the second, as expected, Firs had their moments, but with some heroic team defending and clinical counter-attacking we came out 4-3 winners!

And so to another final, this time against an impressive and well-drilled Mill View who had topped their group earlier. Within three minutes we were 3-0 down and not being allowed to play our own game.  However, heads did not drop, they pressed the ball as a unit and quickly nicked a goal from the restart.  Next followed a penalty, 3-2, and then a third!  Nervous times were to follow with a cracking ebb and flow…3-4…4-4…5-4 to us…With some awesome defending we managed to hold out for the win.

The boys were on their knees but they had done it – another trophy!  Another fantastic effort from this special bunch of lads!  One thing is for sure – tournament football is not for the faint hearted!