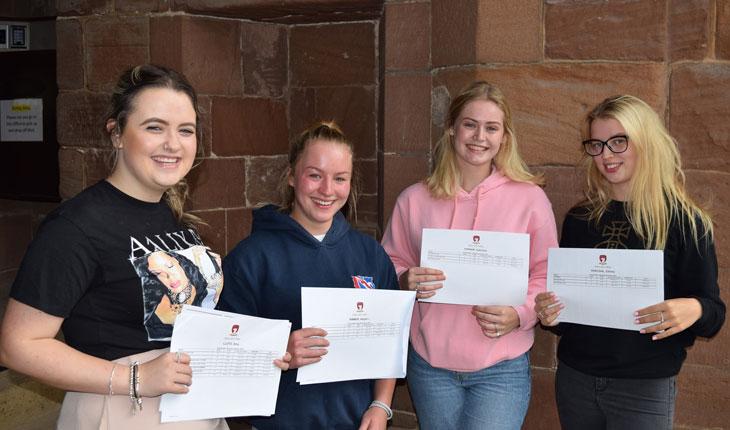 The co-educational College announced a 100% pass rate for all 41 students, with 83% obtaining a grade A* to C.

The Chester based school also reported that 100% of students who sat Further Maths achieved A*.

Luke Burnett excelled in his chosen subjects, achieving A*s in Maths, Further Maths and Physics, and A in Politics. Luke will read Natural Sciences at Cambridge University.

Amongst the highest achievers are Head Boy, Harry Tomlins who obtained three A*s and will go on to study Physics at Imperial College London, Felix Gideonse who gained two A*s and an A, and Harry Hook who gained three As.

Notable successes also include Joseph Hartley and Jack Green who both earned two As and a B. Joseph will read Plant Science at Sheffield University.

Grace Patton achieved two As and will go on to do an Art Foundation course at Manchester Metropolitan University. Lewis Maundrell acquired an A* and two Bs which has gained him a place at Loughborough University. Laura Cameron achieved an A and two Bs and will study Spanish, Portuguese and Latin American Studies at the University of Leeds.

Headmistress, Tracy Pollard said: “I am delighted that so many of our students have gained places at their first choice of University and that they will go on to study academically challenging courses at top Universities.

“I would like to thank the teachers for their commitment throughout the year which has ensured the students achieved their personal potential.”